The final results of the election yielded a tie between candidates Sean DeBonis and Stephen A. Smith for one of the Council seats. The City Attorney was consulted regarding this matter.  There were no provisions in the Charter of the City for a run off election.  It was the recommendation of the City Attorney and the City Manager, that to properly seat the fourth Council seat, it was necessary to follow the provisions of the Charter, Section 5, Paragraph 17. Charter, Section V, Paragraph 17.  In the case of a vacancy in the office of Council member, that office shall be filled by the Mayor with the approval of the majority of the remaining members of the Council.

Actions of the Mayor and Council to fill the vacancy:

If you have any other questions regarding the election, please contact City Clerk Monica Correll at 410-272-1600, ext. 211, or mcorrell@aberdeenmd.gov.

Public documents pertaining to the 2015 Election may be found below: 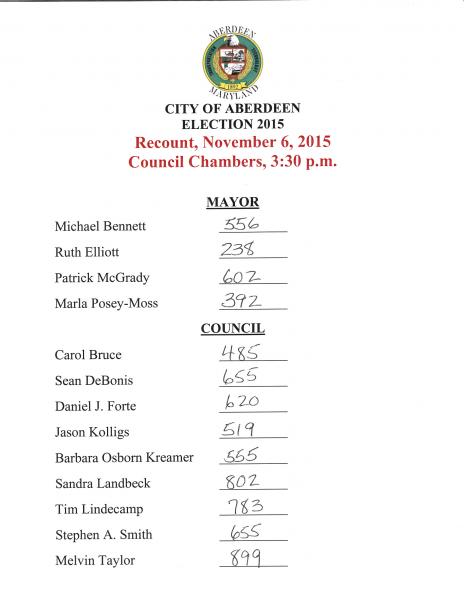 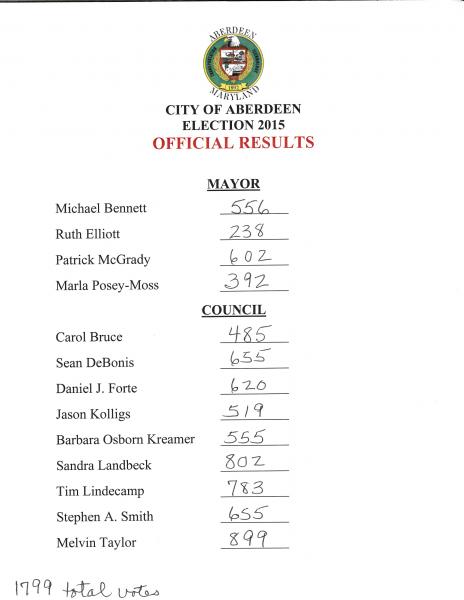 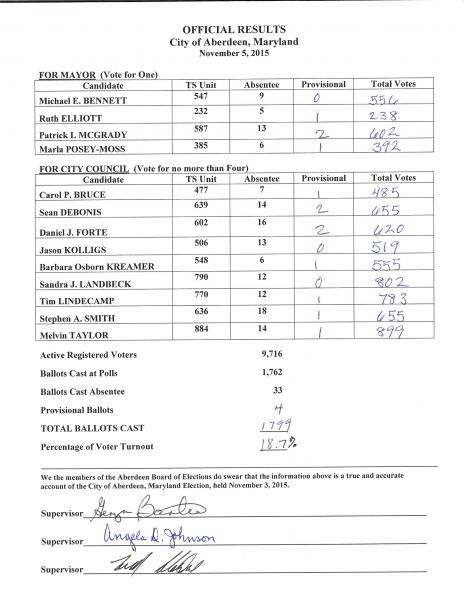 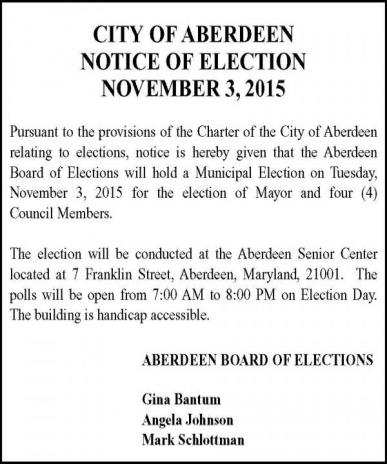 CANDIDATES FOR MAYOR AND COUNCIL 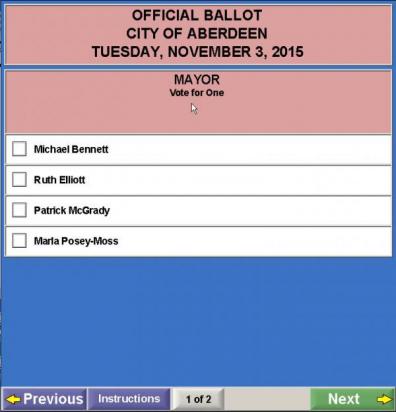 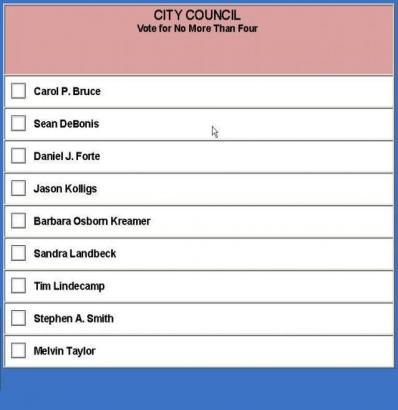 To vote in the Aberdeen Municipal Election you must be a U.S. citizen, at least 18 years of age, live within the municipal boundaries of the City of Aberdeen, and a registered voter with the Harford County Board of Elections. 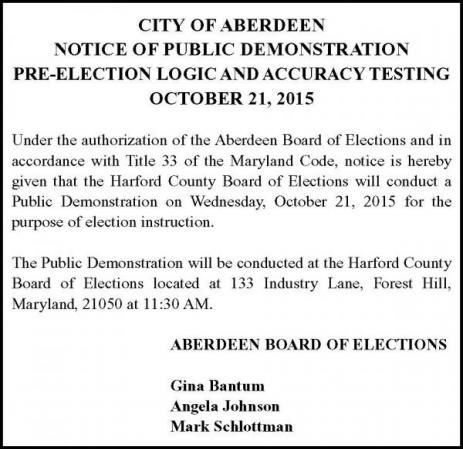 Those wishing to run for Mayor or Council may acquire a Candidate Package from the City Hall Receptionist, the City Clerk, or by clicking here:

IMPORTANT:  The candidate must submit the completed forms to the City Clerk in person.  It is recommended to call to schedule a time to submit your forms to avoid any inconvenience. (410) 272-1600, extension 211.